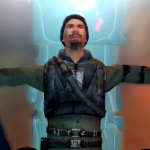 Hi PeabodySam -- we are excited to have Dino Attack RPG Wiki as part of the Wikia community! Thanks for joining us, and we'd like to give you some tips to help you get started on making your wiki great.

1. Create your User Page - this is a great place to introduce yourself (and practice wiki-editing!)

2. Add a logo - learn how to create a logo image, then click here to add it to the wiki.

Create an article on this wiki:

3. Create your first 10 articles - use the box on the right to create ten pages, starting each one off with a few sentences. For example if you are starting a wiki on a TV show, you might create an article for each main character.

4. Edit your Main Page - add internal links ([[like this]]) to the ten articles you just created, and any other improvements you can think of.

Once you've done these four things, you've created a great starting point -- your wiki looks friendly and ready for visitors. You can then invite some friends to help you create the next twenty pages, and expand the ones you've built.

Keep going! The more pages you create and link to each other, the sooner that others who are searching for "Dino Attack RPG Wiki" will be able find your project in search engines, read your content and join you in editing.

If you have more questions, we've provided a full set of help pages, or you can email us through our contact form. Don't forget to check out other wikis on Wikia for ideas on layout, organizing your pages, and more. Have fun!

To be honest, I think it needs some improvement before we use it for most articles. Right now, it's a little dull (i.e. no color), it has a bottom row that is empty and looks like it could be removed, and the part of the template for the character's picture is smaller than the rest of the template. Perhaps we ought to strive for something more like LEGO Island 3 Wiki's template or BS01's template. --PeabodySam 22:28, November 7, 2009 (UTC)

True, it does need some work, but what bottom row are you talking about?

Anyway, we don't need to make seperate templates- the color can be changed via input just as the text can. Of course, that means I need to add another input: organization. Based on what I'm seeing on other wikis, that "Expand Image" can be removed, I'll just need to see how. TC01 01:24, November 8, 2009 (UTC)

Okay, I've done some more work on the template. Examples of various coloration can be found at: Reptile, Magma, Dr. Rex, and Greybeard. While there is a slot for "caption", the caption doesn't seem to be working... yet.

What a moron! Edit

Did you really think you could write a Wiki that portrays me as a villain? You are not smart. You're not a doctor. You're not even a full-time employee! For that, I have sent Mutant Dinos to destroy your home and taken over this Wiki to properly portray myself as I truly am. You lose, PeabodySam. I win! --Dr. Rex 18:48, April 1, 2010 (UTC)

Hi! Would you like this wiki to be ad-free? I'm looking for wikis to be part of a new program which would remove all ads from the wiki for $19.95/month.

I've been thinking lately, about Trouble, the Mutant Lizard. Would you approve of three characters that would be his children? Spartan 2095 16:26, August 18, 2011 (UTC)

Frankly, I'd like to see Trouble himself return, but I have a feeling that's unlikely to happen, but as long as PeabodySam's okay with it, whatever floats your boat?

Also, does this mean you've rethought your decision and that you'll be rejoining us once the BZP forums go back online? Andrewnuva199 19:33, August 20, 2011 (UTC)

So with BZP in a permanent state of being-upgraded, I'm guessing the RPG is on an extremely long hold?

I've Been Toying With Some IdeasEdit

As we all know the forums have been offline for some time, but I've had a few ideas for what I could do once they come back up (although exactly when that will be is anyone's guess. The only real updates we get are the occasional BZpowercasts which just say that they're almost done and will be online soon). Anyway, there were a few that I had that I figured I might need to submit for your approval. I wanted to PM these to you when the forums came back up, but since that's going to be a while I'll just post them here.

Anyway, I've had a few ideas for some backstory behind two of my characters, Kate and Pierce. The idea I had been toying with was that Kate had actually been the result of the affair between her mother and a young Pierce. Her mother (I'm thinking of calling her Sarah) who was the sister of Wallace Bishop had been recovering from a serious wound (the exact nature of which I have't decided on). She grew close to Pierce while recovering and some degree of romance ended up resulting. They seperated after she recovered, and only later on did she realize she was pregnant, ultimately giving birth to a baby girl she named Kate. Obviously, Sarah was probably close to her brother Wallace (hence the reason why he keeps a picture of her), who often visited her and Kate before he was taken away at some point while she was a child. Of course, Sarah knew about the reasons behind it but didn't want Kate to get involved with it in any way, hence the cover story that "Uncle Wallace" had died in a car accident. Now either Pierce has worked out that Kate is in fact his biological daughter, or she simply reminds him of her mother, or perhaps this was all just a lucky coincidence and he simply decided to help a girl in need not knowing who she really was.

The other backstory I've been toying with is more about Pierce, detailing why he distrusts Medic. You'll probably notice some influence from Team Fortress 2 in this story.

It seems that Pierce and Medic had been working together to perform surgery on a patient (I'm not totally sure who, although I have considered the possibility that it is an important figure such as the mayor of LEGO city). Medic of course had gotten a little too much pleasure out of it, and took a few questionable risks, like performing a heart transplant on the guy while he was fully wake (something he might have done often). Pierce left for a moment to get something they needed, came back, and found that Medic had removed the patient's skeleton (Don't ask how, nobody knows for sure). Naturally there was a lot of controversy and Medic got into a lot of trouble which ultimately caused him to lose his medical liscense, which was hastily returned to him out of desperation when the Dino Attack started.

The final idea I had been considering was to send Clint Wayne to Gold City where he might end up helping the Second Headquarters Squad. After all, he is from that general region and probably knows it better than any of them. If anyone can figure out how to drive out mutant dinosaurs, it's him.A. Rand 02:03, September 18, 2011 (UTC)

I think I've figured out what HTTYML means. Its "How To Train Your Mutant Lizard," right? Based off the title of the movie "How to Train Your Dragon?" BrikmanMcStudz 15:44, October 2, 2011 (UTC)

Peasam, I'm going to do a RPG based on the Dino sets being released next year, and I'd like a tie-in with this RP, mainly because it has something to do with a rip in the space-time continuum. Will this be doable? Spartan 2095 16:08, November 22, 2011 (UTC)

I like the poster you made. Did you use Dr. Cyborg's real head?

Under a rock Edit

I just want to say that people will still remember and care about you after the RPG is over. I know I will. I'll care about all the friends I made in the RPG. Avmatoran (talk) 23:45, October 17, 2012 (UTC)

Live And On The Air! Edit

I just saw the TVTropes character page. It's pretty good, I'm just curious as to why Kara is a Rookie Agent and why Dr. Cyborg is under Dino Attack Team Allies. Avmatoran (talk) 02:43, January 5, 2013 (UTC)

That would explain it. I'll get an account eventually on TVTropes. I also noticed that the term "Shipping Harbor" is linked to Fan Nickname! I just realized that means that term was coined by me! Woo-hoo! I'm grateful it's used. Avmatoran (talk) 02:53, January 5, 2013 (UTC)

Retrieved from "https://dinoattackrpg01.fandom.com/wiki/User_talk:PeabodySam?oldid=10919"
Community content is available under CC-BY-SA unless otherwise noted.